The World Centre of Hagiographic Studies

Volume IV of the Acta Sanctorum of November (1925, 788 pages) included only the saints of two days (9-10). Confronted by the critical standards of the 20th century the formula inherited from the early Bollandists became less and lesssuitable: while Papebroch had seen the publication of five months of Acta Sanctorum during his lifetime, a Bollandist in the 20th century could only hope to see his name associated with four days! For this reason the publication of the Acta Sanctorum was abandoned after 1940. This allowed the Bollandists more freedom in choosing their field of research without having to follow the calendar order. In the second half of the twentieth century the leading Bollandists included Paul Grosjean, a pioneer in the study of Celtic hagiography, Baudouin de Gaiffier, a specialist in the hagiography of Spain, and François Halkin, a tireless editor of Greek texts. From mere editors and publishers of the Acta Sanctorum the Société des Bollandistes had become the world centre of hagiographic studies. Today, more than four centuries later, despite being excommunicated by the Spanish Inquisition, revolutionary turmoil, pillage, expulsions and even our total suppression for some forty years, the Society of Bollandists survived and continue to have a pivotal role in the academic, religious and cultural worlds.

Our present team of five experts, both Jesuit and lay, cover different areas, from the Christian East, Byzantium, the Latin world but also the recent canonisations, and we closely collaborate with several other scholars worldwide. Our Library, expertise and list of scientific projects, make the Société des Bollandistes, simply the best place in the world for hagiographic research.

Please look at our project section for our current activities. 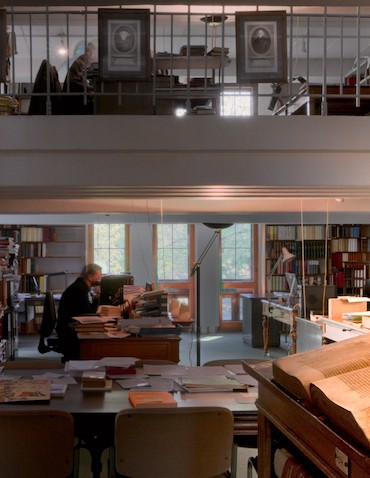