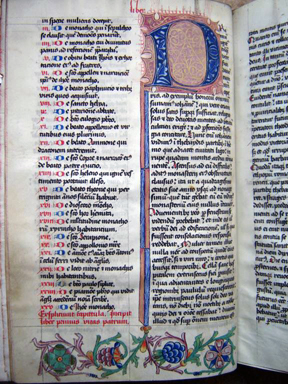 This database combines the resources of the repertory of Latin hagiographic texts known as Bibliotheca Hagiographica Latina (BHL) with those of the catalogues of hagiographic manuscripts published in the series Subsidia hagiographica and Analecta Bollandiana. Entering the Latin name of a saint, one has access to his “dossier” (the various texts relating to him, as listed in BHL). A specific text can also be found by entering its BHL number. A list of all the manuscripts containing that text is then provided. The manuscripts can be ordered either in the alphabetical order of the places of conservation, or in chronological order.

BHLms is the fruit of a collaboration between a team headed by Prof. Guy Philippart of the University of Namur (M. Trigalet, Fr. De Vriendt, P. Bertrand, B. Legrain) and the Société des Bollandistes.

BHLms is hosted by the Faculty of Philosophy and Letters of the Université Catholique de Louvain (Louvain-la-Neuve). 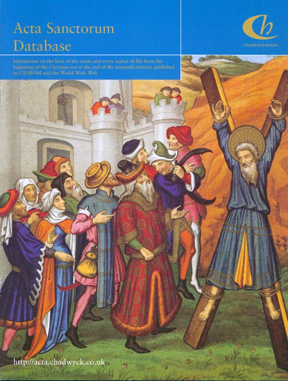 The Acta Sanctorum Database is an electronic version of the complete printed text of Acta Sanctorum from the edition published in sixty-eight volumes by the Société des Bollandistes in Antwerp and Brussels. It has been realized by Chadwyck Healey (now ProQuest, Cambridge ) with the assistance of the Bollandists.

Online access to Acta Sanctorum Database can be purchased from
ProQuest. 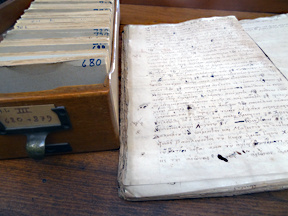 For more than one and a half century the Société des Bollandistes has been maintaining a unique card index of Greek hagiographic manuscripts kept in libraries all over the world. The contents of that extraordinary research instrument is accessible online in the broader frame of the Pinakes – Textes et manuscrits grecs database compiled by the Greek section of Institut de Recherche et d’Histoire des Textes (CNRS, Paris):  http://pinakes.irht.cnrs.fr/recherche-generale.html.
This project is supported by the Laboratory of excellence “Religions et Sociétés dans le Monde Méditerranéen” (Labex RESMED, CNRS, Paris).