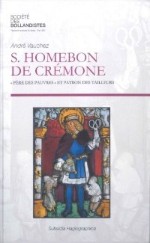 Completely re-designed, the “Subsidia hagiographica” collection presents the latest work by renowned medievalist André Vauchez, on Saint Homobonus of Cremona, ‘father of the poor’ and patron saint of tailors. Vauchez provides a comprehensive study, editing and translating the full set of hagiographic texts dedicated to the saint, with details of his cult (important in the modern era) and analysis of his iconography.

For further information and orders:
https://www.bollandistes.org/online-store/ or
by email: info@bollandistes.be 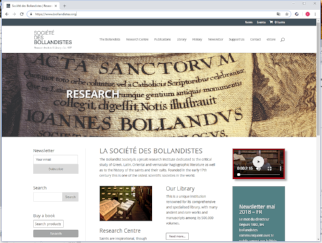 The Bollandists have had an Internet presence since 1996. The fourth edition of our website had been up for five years – quite a run for a website. Now we have unveiled the fifth edition, completely overhauled thanks to the generosity of a Friend who was unstinting with time and effort. Well-known Belgian photographer, Guy Philippart (no relation to our hagiographer colleague), captured the unique atmosphere of our library in some stunning shots. Other Friends helped too, especially with translations. The site now has an e-store, making it easier to order our publications. Other site enhancements will follow in the months to come. Why not take a look (https://www.bollandistes.org/)? Your feedback is always welcome. And please remember: the Bollandists need your financial support to continue their research. Help us transmit our heritage to future generations by becoming a “Friend of the Bollandists”. For all information, there is of course no better source than our new website. 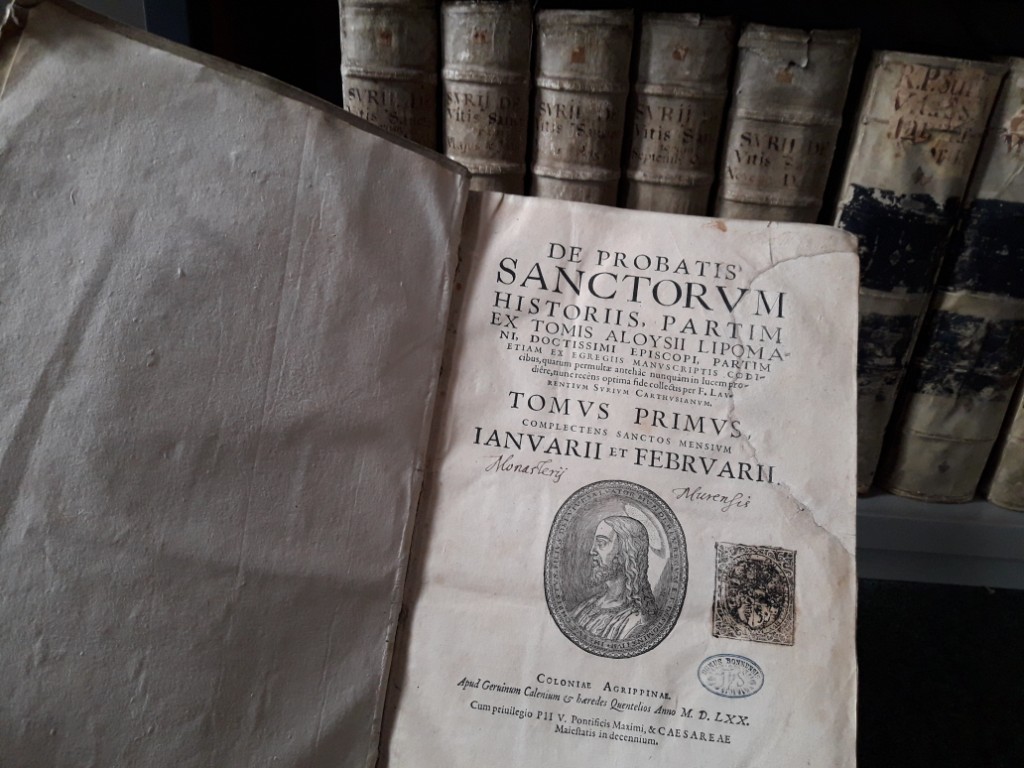 Recently, thanks to the generosity of a number of benefactors, our library has been able to acquire a fundamentally important work: a first edition of De probatis Sanctorum historiis (six volumes in folio, Cologne, 1570-75) by Laurent Surius of Cologne, the German Carthusian. It is the most important collection of old Lives of the Saints in Latin published in the 16th century. We already had a second edition (1576-86), as well as a third edition (1617-18). However, as Surius and his successors continuously sought to correct and and complete the collection, each edition has its own distinctive features. A single Life of a Saint might thus vary considerably from one edition to another, as Surius did not shrink from rewriting texts if he deemed the Latin imperfect. It was precisely philological concern for respect of the manuscript sources that led Héribert Rosweyde to launch the Acta Sanctorum project in 1607, which would then be implemented by Jean Bolland, Godefroid Henschenius and their successors. 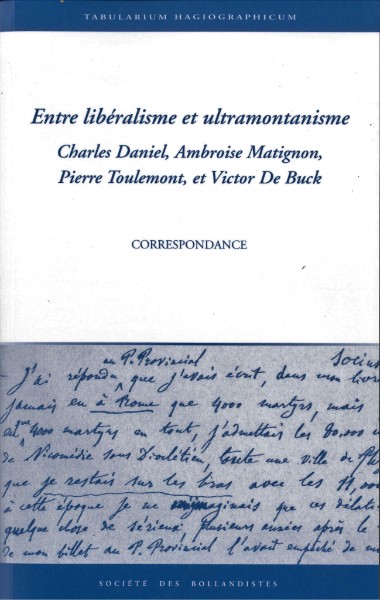 Bollandist Victor De Buck (1817-1876) maintained a lively correspondence with several French Jesuits working on the journal Etudes. The 195 letters published by B. Joassart in this 424-page volume contain a wealth of information on political and religious life from 1857 to 1876, in both France and Belgium. The First Vatican Council and the Martyrs of the Paris Commune are among the more important subjects covered.